Doel in Antwerp, the first ghost town in the Benelux ever.

By Marco de GroenSeptember 8, 2016 No Comments

Meet the biggest ghost town in the Benelux

Abandoned buildings are not a common scene in most of Europe. Mostly when buildings get abandoned or empty they will be renovated/rebuild to serve a new purpose. Or when buildings can’t be saved they will eventually get demolished pretty fast. This happens a lot in countries like The Netherlands, Belgium and Luxembourg.  It was only recently that I discovered a completely abandoned ghost town in Antwerp, Belgium called Doel. This small village is an amazing exception where not just a building is abandoned but almost a complete village for many years! 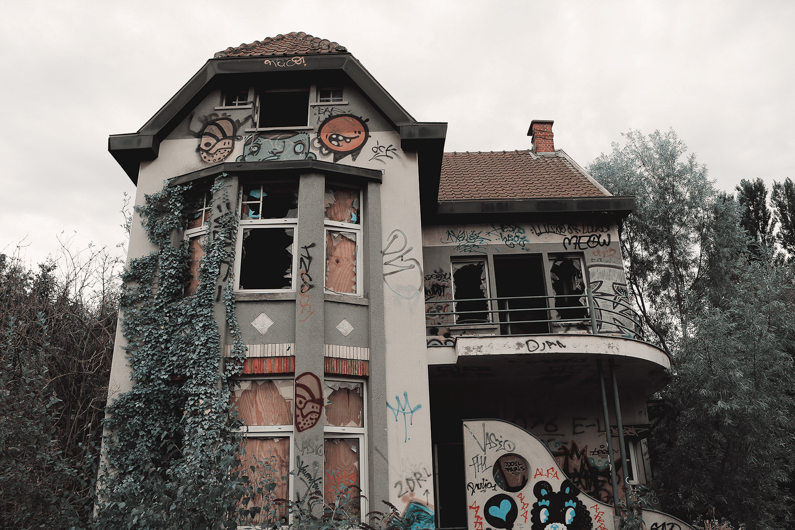 One of the big decayed villa‘s in Doel

Doel in Antwerp had become the victim of the vicious expansion of the Antwerp harbors and a nuclear reactor build in its backyard. Basically the village is punished for its strategic location and is in war with the government since the early 60’s. The Belgium government wanted to get rid of the village as soon as possible and therefor made several offers to people living there forcing them to move out. Many accepted the offer and moved out to start a new life elsewhere. But a small group of inhabitants in Doel refused the offer of the government until this day. They are protesting for the fact that their village has to be wiped off the map just for economical benefit of the Belgium government. 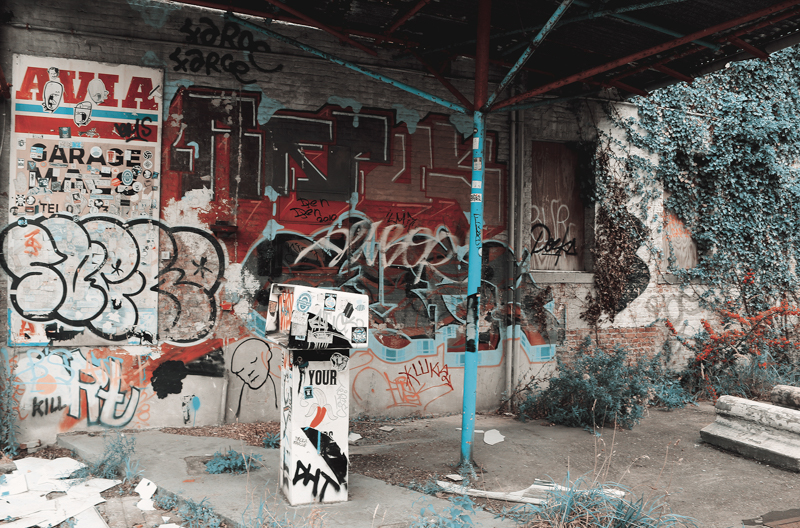 The old petrol station in Doel

The result is an almost completely abandoned ghost town that has now become an interesting touristic place for people from all over the Benelux and further. (Benelux: Belgium, Netherlands and Luxembourg).
For the last inhabitant of the village this is a big misfortune in their long battle against their government since these tourists have left a trail of graffiti and destruction. The last inhabitants also face daily attempts of people trying to break in their house because they assume the houses are all abandoned. The rapid decay is unstoppable and the ugly graffiti is slowly masking the amazingly beautiful graffiti works of famous graffiti artists Bue and Roa. 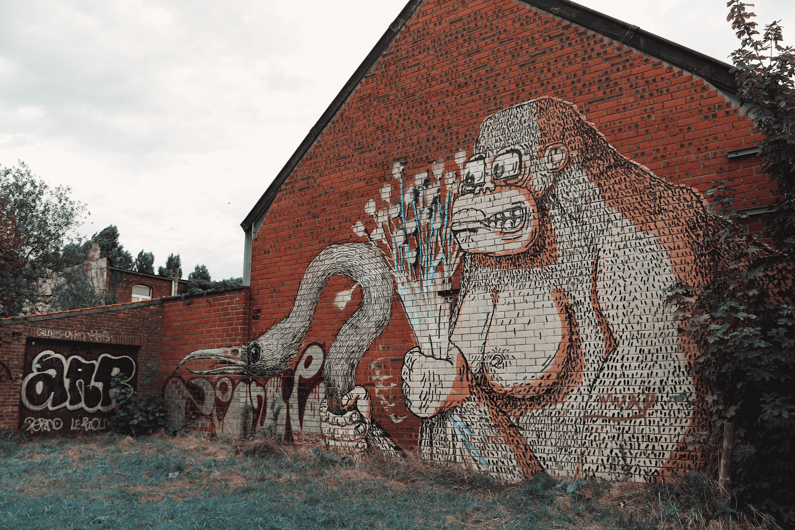 An amazing artwork made by graffiti artists Bue and Roa

The ghost town is now hunted by Pokemon Go players

I went there to witness the famous ghost village myself and was impressed by the many abandoned and terribly decayed houses. The last inhabitants have accepted the faith of their village but are fighting until the end. They will stay in their village until they die some said. Now many people are walking on the street, mostly tourists, photographers and yes also Pokémon hunters! I must say that the village offers many amazing photo-shoot opportunities and after looking around there I am planning to have some shoots there for artistic purposes. Please make sure that you are welcome to visit the village but always respect the people and their property. Also do not add your own graffiti or damage anything while you are visiting the village. Breaking into the closed houses is illegal and you could get a very high fine if the police catch you (their are on patrol in the village now and then). Doel has become the first and only ghost town of the Benelux but it is still very much vibrant and alive until this day thanks to the last inhabitants but also thanks to its visitors. The Belguim government still has a long way to go before it can finally write off Doel as a “done deal”. 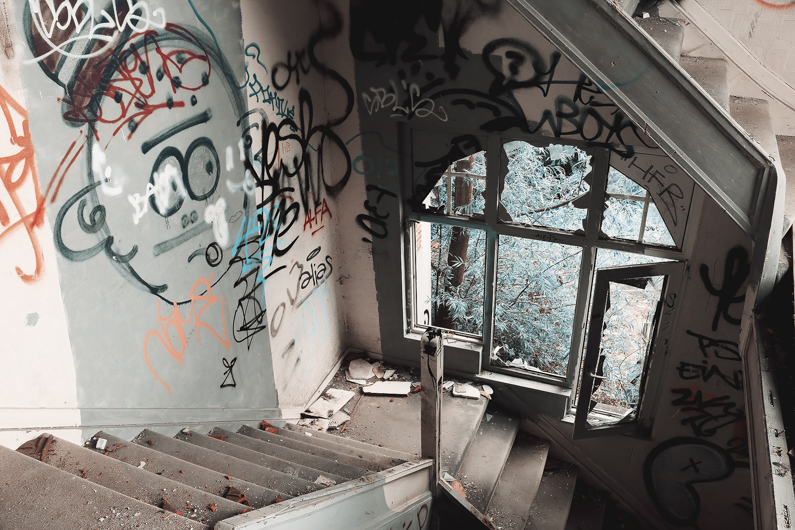 Look inside of the villa. 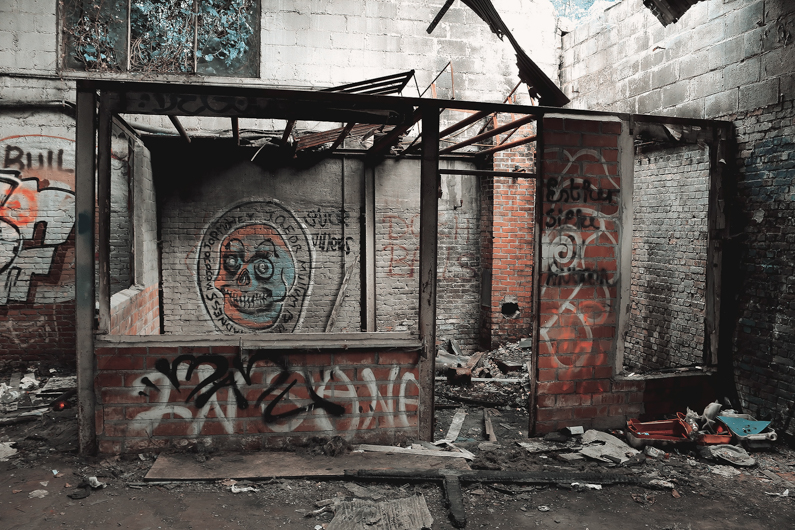 Old workroom in a factory 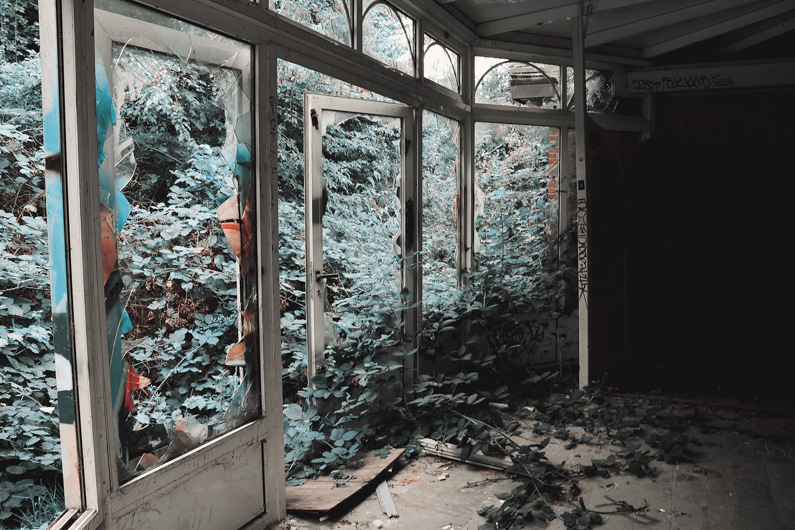 Look inside of a house 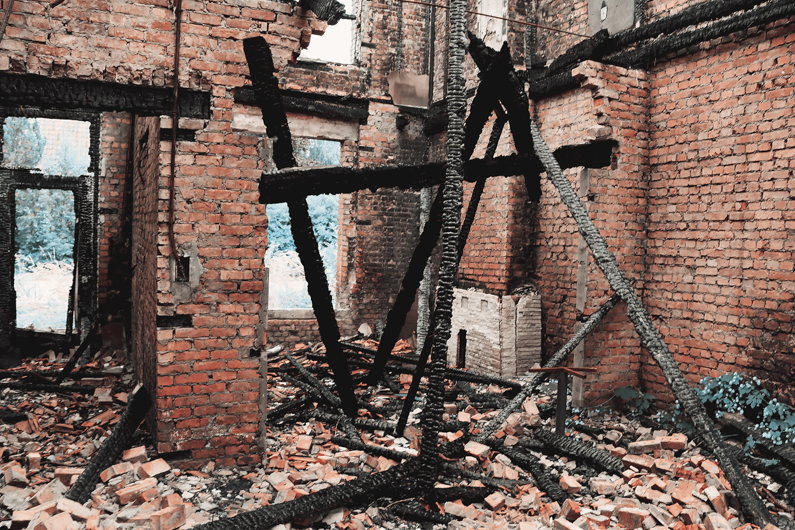 One of the many houses that got burned down by vandalism. 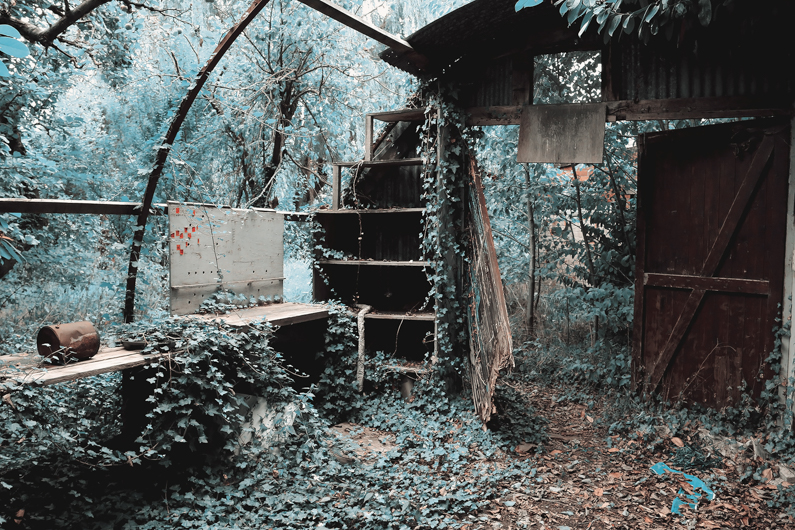 Abandoned barn in the woods. 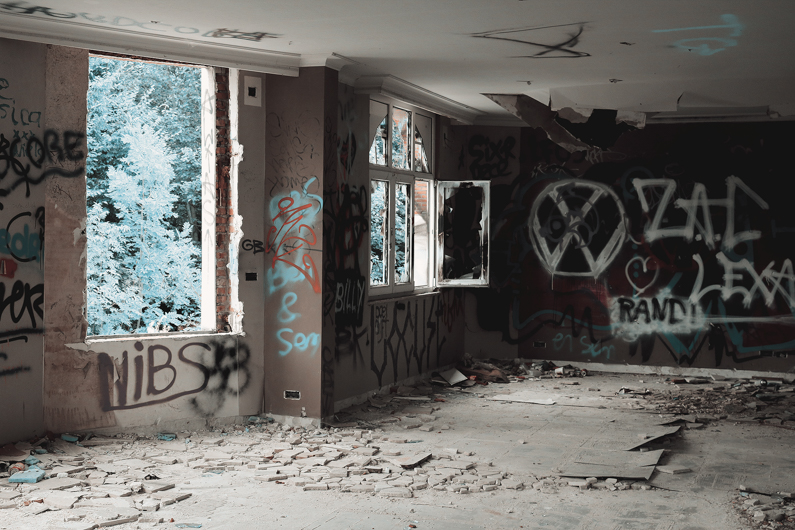 Another abandoned house from the inside. 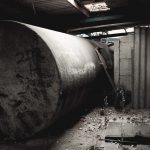 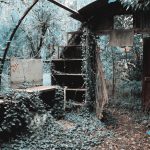 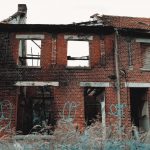 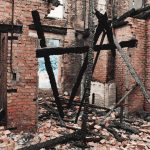 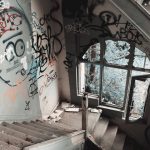 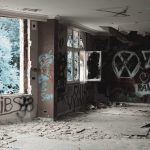 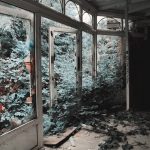 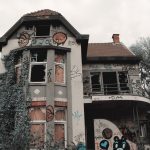 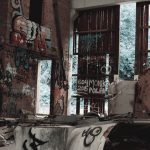 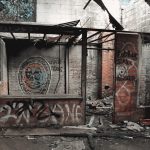 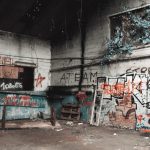 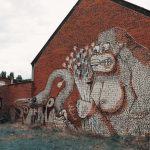 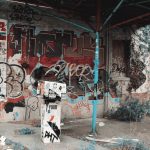 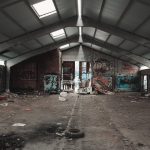